CHALLENGES, HOPES AND DREAMS FOR AN ORPHAN IN UGANDA 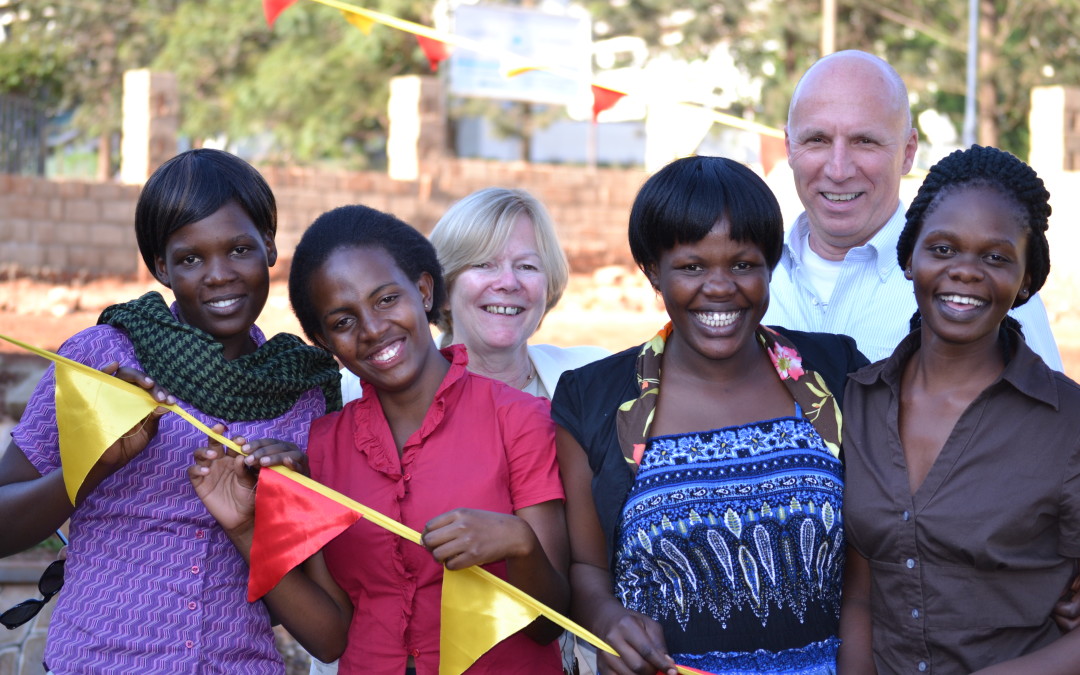 Brendah, one of far too many Ugandan orphans, tells of her mother’s struggle to provide security and education for her children, and of her own dreams for a better future. For Brendah, the International Council of Nurses’ “Girl Child Education Fund” was a timely lifeline in a desperate situation.
———————————–
Brendah’s closing comment at the end of our talk about her life as an orphan was: “Being an orphan is not the end of the world”.

Aged 21, Brendah is one of many Ugandan orphans that have been assisted by the International Council of Nurses’ “Girl Child Education Fund”. This fund supports the primary and secondary education of orphaned daughters of nurses in developing countries, providing for school fees, books and a uniform (www.icn.ch/projects/girl-child-education-fund/).

Brendah’s plight is not unique. She is one of countless African orphans, struggling to survive. Hoping for a better future. Many orphans are the result of the AIDS pandemic that has plagued African countries since the 1980’s. In Brendah’s case, it was not AIDS that took her father’s life, but rather stomach pains that resulted in his untimely death a few days after being admitted to a local hospital.

Regardless of the cause of death, the family’s breadwinner was suddenly torn away. Brendah’s mother was left with two small children, Brendah being only two years old at the time of her father’s death.

As is the sad case in Uganda – and unfortunately many other African countries – there are no government support programs for single parents, or orphans, or families in crisis. Brendah’s mother was left to fend for herself, trying as best she could to survive. Her only solution was to work as a labourer on a nearby farm. In addition to a hard day’s work on the farm, she tried to grow vegetables on a plot of land, to add to her meager income. But having no land of her own, she had to rent land from a local farmer. At the end of the day the money made from selling vegetables went mostly to pay rent for the land. This became a no-win deal for Brendah’s mother and had to be abandoned.

Fortunately, Brendah’s maternal grandfather was still alive and provided some small amounts of money to help out on a day-to-day basis. Five years later the grandfather also passed away, leaving the family with absolutely no other source of income. Somehow Brendah’s mother managed to pay school fees for her during primary school. Brendah did well at school and as she approached secondary level, her mother heard about the Girl Child Education Fund.

Brendah’s mother applied for support on behalf of her daughter. Brendah’s deceased father was a nurse, thereby qualifying Brendah for support. This was truly a turning point for Brendah, as well as her beleaguered mother. The support Brendah received amounted to 500.000 Uganda shillings per semester (USD 200) for five years. This amount covered school fees, books, a school uniform and some food for the family.

Now, five years down the road, Brendah has graduated from senior six at high school with above-average grades in: geography, economics, divinity, fine art and general knowledge. She is a confident young woman, looking to the future. Unfortunately, there are dark clouds on the horizon.

The ICN Girl Child Education Fund provides financial support up to completed high school. It does not help orphans to complete a college or university education that can lead to gainful employment. This gap is a challenge that needs to be urgently addressed – by ICN or other organisations that feel the imperative to fill this gap. The Norwegian Nurses Organisation has generously supported this fund since its inception in 2006.

Always a smile, despite challenges.
Brendah (2nd from the left), together with fellow orphans that have received support from ICN. Standing behind, representatives from ICN and the Norwegian Nurses Organisation.
Brendah has applied to Makere University in Kampala for a 3-year course leading to a degree in social sciences. She has been accepted, but has no possibility of paying the required admission fees. Brendah is, once again, stuck. Struggling to survive. Hoping to find a way forward.

Her dreams for the future remain crystal clear. She wants to work with orphans, helping them to look towards the future, not losing hope in an otherwise hopeless situation. Brendah is a survivor. She wants to teach other orphans how they too can survive. How they can keep their self-esteem and self-respect. As she said at the close of this brief conversation: “Being an orphan is not the end of the world”. Nevertheless, the challenges are many – for such a young person in such a harsh climate.