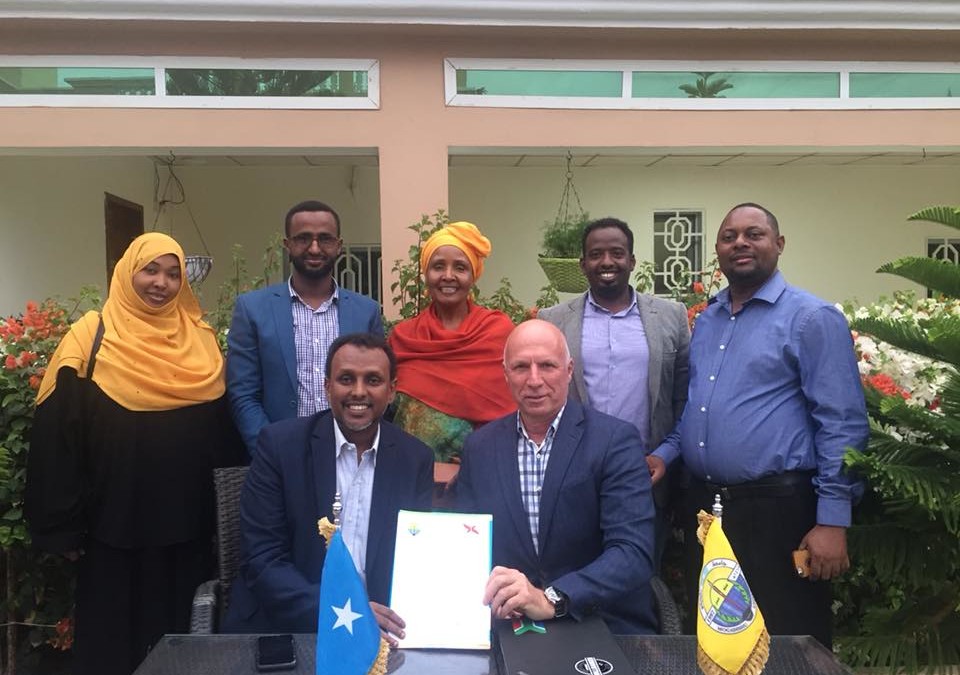 As part of ongoing collaboration, a formal agreement was signed yesterday in Mogadishu.

Due to security concerns we were not allowed outside the hotel. But with the Somali and Mogadishu University flags on the table we had a nice signing ceremony.

Our women’s health project against female genital mutilation is rolling out at speed.

The Mother and Child Educational Care Project (MCEC) – currently being run by Mogadishu University – is supported by Grand Challenges Canada, which is funded by the Government of Canada.