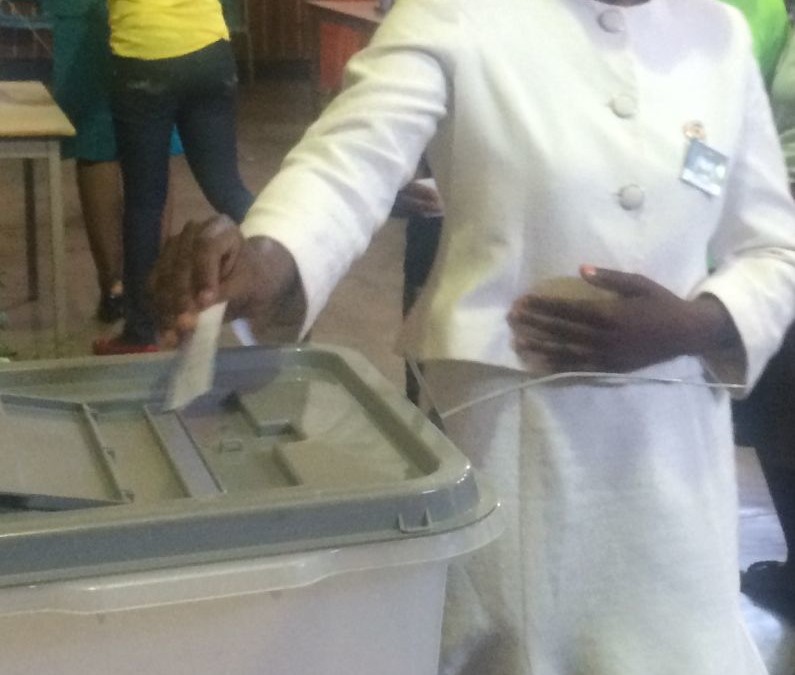 In 2006 our sister organisation lacked basic organisational structures with little activity, no offices or employees and very few members. The 2006 AGM was affected by this disarray. 8 years later, it was a pleasure to see a well-organised organisation conducting its BGM in an effective and professional manner.

The Norwegian Nurses Organisation (NNO) initiated collaboration with its sister organisation in Malawi in 2006. At this point NONM1 was well on its way to oblivion. NOMN had few members (maybe 50), no employees, offices or influence.  Therefore, 8 years later, it was gratifying to be witness to a totally different situation. 190 elected delegates gathered over the weekend in Lilongwe for deliberations and elections.

Elections were well-run with several independent observers from other unions and organisations supervising. Elections were carried out in an orderly, transparent manner.

Mrs. Dorothy Ngoma was elected as new President. Dorothy has previously been both President and General Secretary of NONM. These past few years she has worked as head of the National Safe Motherhood Program for Malawi, under the aegis of the Office of the President. In other words, a senior nurse with extensive experience, networks and also a strong, bold activist for gender and nursing issues.

Remaining board members were elected in an orderly but very African manner, with delegates dancing their way to the ballot boxes, accompanied by ear-drum breaking music (author’s note: am I getting too old for this?).

NNO congratulates NONM with a well-conducted BGM, including election of an experienced and capable President.

Delegates voting for their new president.

(Pictured: Ms. Regina Soka Mankhamba, one of the presidential candidates).